Step right up, Ladies and Gents 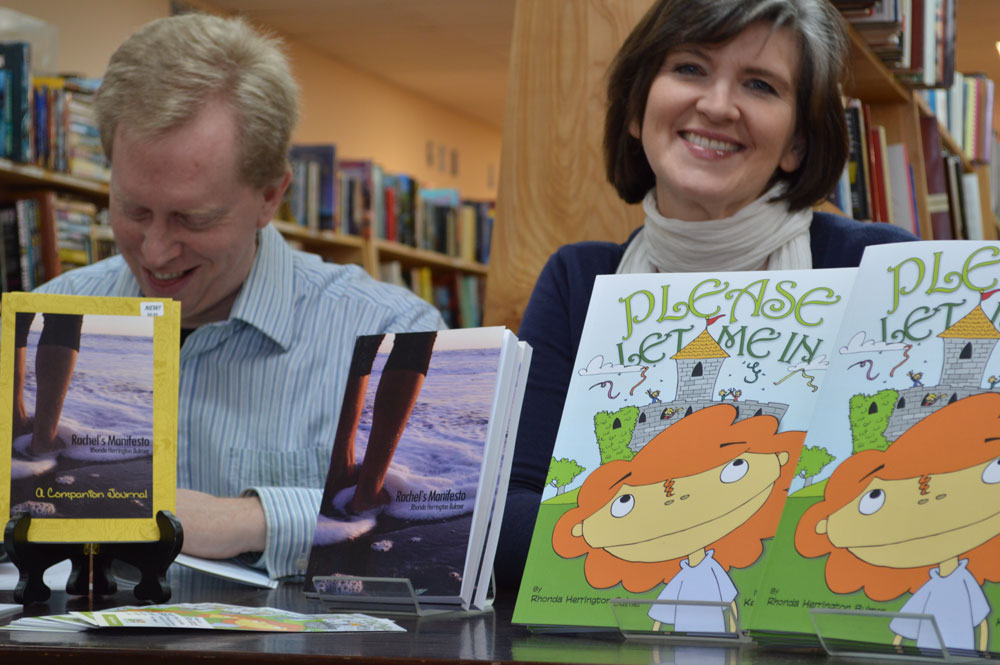 I’m gearing myself up for a long period of blatant self-promotion. The business people in my acquaintance are used to this. Since I self-published my first book in 2011, Rachel’s Manifesto, I’ve had a hard time accepting that I am one of them—an entrepreneur.

This spring, I’m planning to self-publish again: not one, but two picture storybooks, both illustrated by my husband Kent and published by our company, Codepoet Media. First up is Please Let Me In, a rhyming book that will be released in March. Brussels sprouts for Breakfast, a fairy tale, will follow, likely in May or June.

Though the line of respectability between traditionally-published and self-published material is blurring rather slowly, the line regarding an author’s promotional responsibility has almost disappeared—unless your book is a bestseller, or an award-winner, you’re not likely to get a lot of help in the promotion department from your traditional publisher. Budgets are too tight for all those extras, so authors are expected to create their own buzz.

At least when it comes to marketing, my position is equal to any other author.

During the last three years, when I told other writers that I self-published my first book, some asked if I’d do it again. I reserved judgement at the time, because I wasn’t sure. My mind would rush back to memories of trying to hold my head high at workshops or gatherings beside more accomplished writers. At book launches and readings that I arranged for myself, my critical left-brain was yelling, “Go home! Don’t make a fool of yourself! No publisher wanted your book, nobody else is going to either! You don’t have a right to be here, because ‘they’ didn’t want you.”

And believe me, many doors remain closed as a self-published author. Magazines and newspapers will not review your books and schools will not accept you as a visiting author; you cannot apply for government grants as an emerging writer because self-publishing does not qualify. Shelf space in national bookstore chains can only be arranged on consignment—one store at a time and only for a few weeks—unless you sell well.

So there’s a reason that your critical voice keeps abusing you—you’re continually reminded by this closed publishing system that you are not yet legitimate.

Because of all those obstacles, you might ask why I am doing this again?

For the sake of creative control. Self-publishing has allowed me the freedom to create things that I like. I have enjoyed tremendous satisfaction in going through the process and releasing my work to the world. As time goes by, this desire to create grows stronger.

For the sake of perseverance. If I had thrown my first manuscript in a drawer after failing to secure a publisher, I might have given up writing altogether. I was emotionally-invested in the story and I needed to set it free in order to “get back up on the horse,” as it were.

This growth in artistic self-acceptance cannot be separated from the marketing of the product I create—because I have to sell it. I have to shout loudly from the rooftops that it’s the best thing going, even if I grew up in a family where talking about our own exploits was considered bragging.

Tags: Please Let Me In

Tell us about your project. Or just leave some random comment.

Need more Codepoet Media? Check us out on these sites.